Urvashi Rautela who is a Bollywood youngest superstar has paved her way in the industry because of her hard work and dedication. Urvashi is one of those personalities that has made India proud of her achievements and great deeds. With her breathtaking look and extraordinary appeal, this international actress has always fascinated all of her lovers. Some of the Bollywood divas have proved that they don't need any back support to carve out a niche for themselves. She is one of those Bollywood actresses who have achieved a name for herself not only nationally but internationally making India proud. Urvashi has acclaimed huge fame for her song Versace Baby alongside Arab Superstar Mohamed Ramadan. 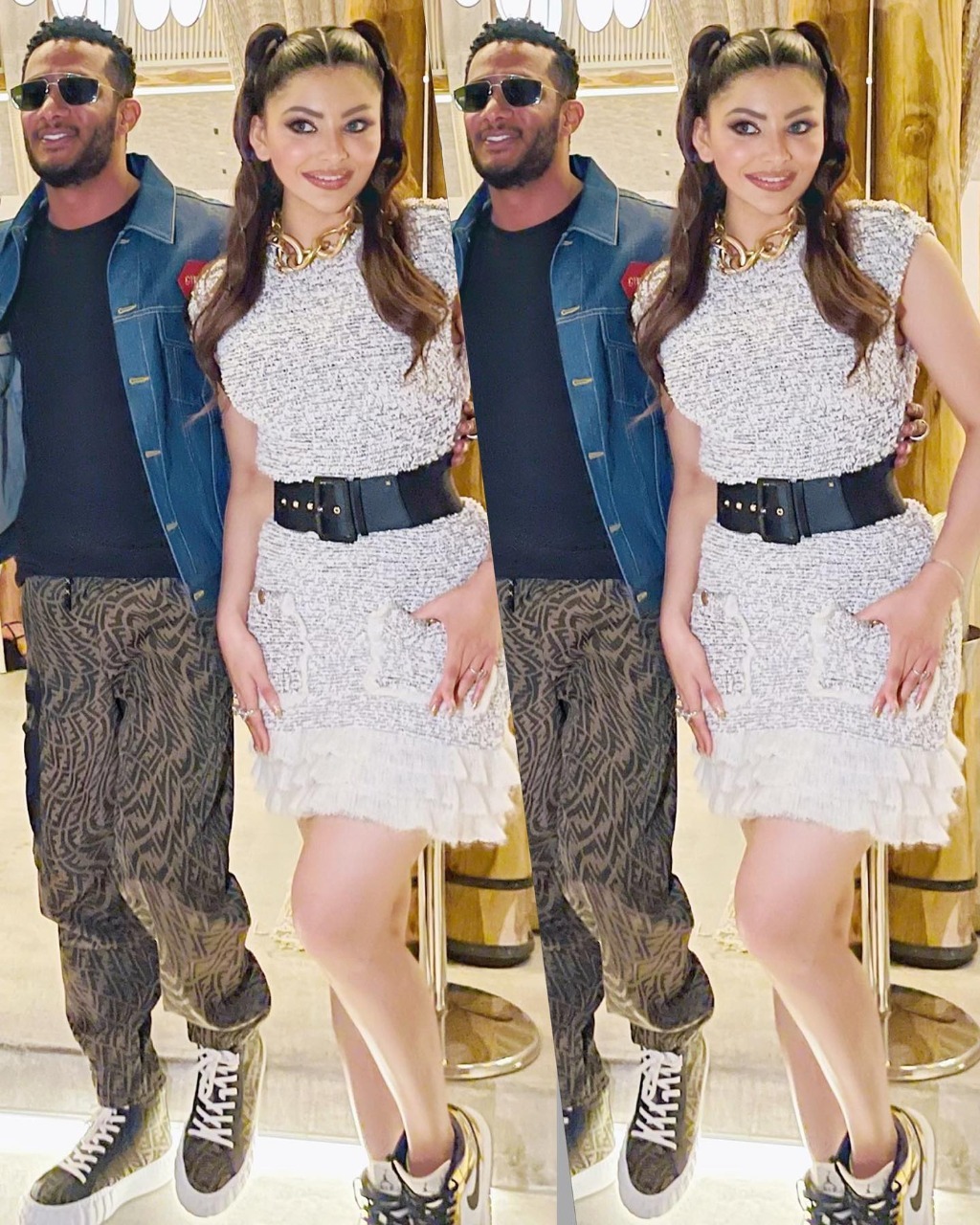 Check out this throwback picture of actress Urvashi Rautela along with Mohamed Ramadan as the actress was looking very enchanting to our eyes in this Elisabetta Franchi ensembles along with those cute ponytails which made her look no less than a doll, Urvashi for this greet had opted for a white mini cut dress which had a mohair rouches along with light gold buttons which cost worth rupees 68000 to add the accessories to the look she chooses for maxi chain gold necklace worth rupees 50,000 paired along with Nike Jordan worth rupees 95000. With shimmer eyeshadows perfect wing eyeliner and a duo smudged kajal perfect toned contour and blush along with nude brown lip shade, the actress looked enchanting to our eyes. Urvashi looked no less than a princess.

The picture was taken along where the duo was seen partying together at the Nammos Restaurant in Dubai which is one of the most elite restaurants of Dubai.

On the work front, Urvashi Rautela was one of the youngest judges in the history of Miss Universe as she was last seen judging the Miss Universe Pageant 2021, actress also bagged appreciation for her international song Versace Baby alongside Arab superstar Mohamed Ramadan. Urvashi Rautela will be soon seen in the Jio studios 'Inspector Avinash' opposite Randeep Hooda in a lead role. The actress is going to play the lead role in a bilingual thriller “Black Rose” along with the Hindi remake of “Thiruttu Payale 2”. Urvashi Rautela will be making a Tamil debut with the 200 crores big-budget film "The Legend" opposite Saravana. The actress has also signed a three-film contract with Jio Studios and T-Series.