byDiptesh Thakore -January 03, 2022
0
Check out latest Interview of Bollywood Singer Abhijeet Sawant with Diptesh Thakore, who is the founder of BollyQuick. Abhijeet Sawant is an Indian singer, television actor, anchor and the winner of Indian Idol (Season 1). He was the first runner up of Clinic All Clear – Jo Jeeta Wohi Superstar and finished third in Asian Idol. Abhijeet Sawant won the first season of Indian Idol, an adaptation of the Pop Idol format, in 2004.
His first solo album, Aapka Abhijeet Sawant, was released on 7 April 2005. That year he also did playback singing in the movie Aashiq Banaya Aapne, performing the song Marjawaan Mitjawaan. His second album, Junoon, was released on 10 July 2007. The title track charted in India. Abhijeet Sawant was a finalist of Clinic All Clear Jo Jeeta Wohi Superstar on Star Plus in 2008. 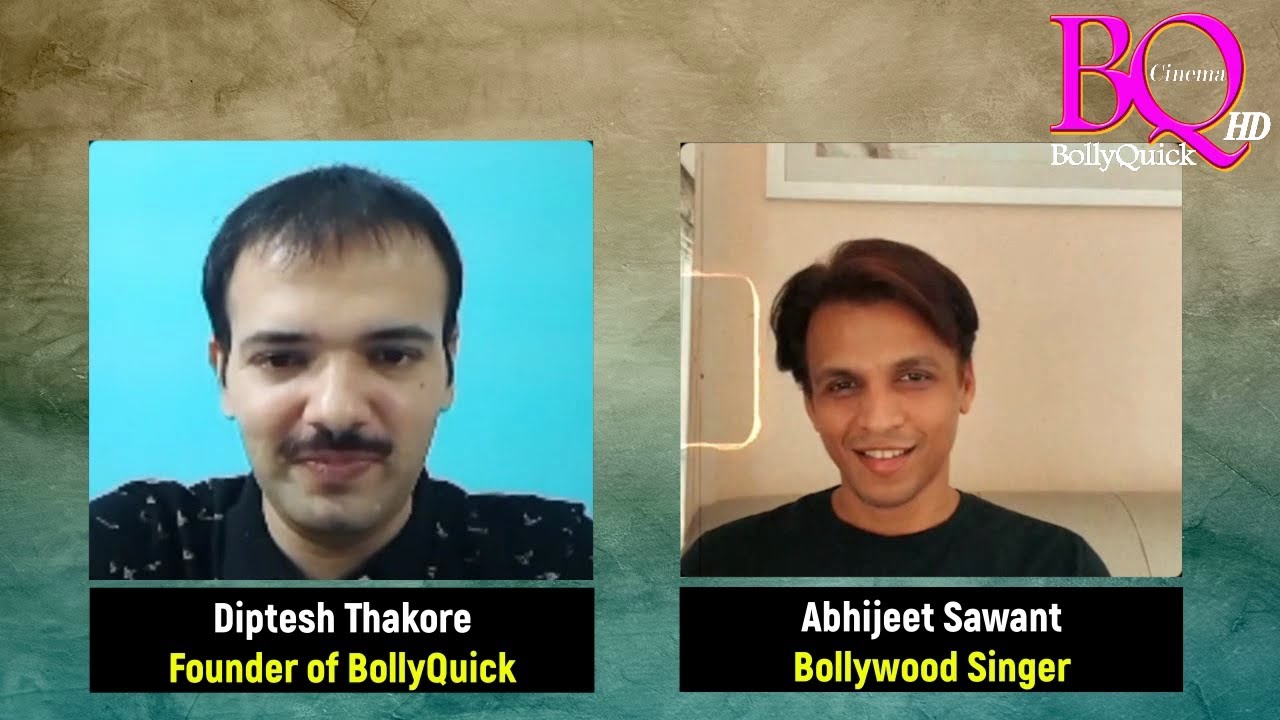 The show was a competition between the winners and runners-up of various singing reality shows on Indian television. Sawant became the first runner up of the show. Abhijeet Sawant made his acting debut in the movie Lottery in 2009. He also made a small appearance at the end of film Tees Maar Khan. He made a special appearance as himself in the romantic drama series Kaisa Ye Pyar Hai and thriller crime series C.I.D. Abhijeet Sawant and his wife Shilpa participated in the Dancing Reality Show Nach Baliye (Season 4) in (2008–2009). They were eliminated after facing public votes. He co-hosted Indian Idol 5 along with Hussain Kuwajerwala.
Tags: Bollywood Celeb Interviews