Slipping into a character and creating an indelible mark comes naturally to Amit Sadh. Be it essaying a cop in Breathe Series or playing with the nuances of a single father in Ek Jhalak - the actor has always taped the right chord. One such performance that earned him massive acclaim was Jeet Ki Zid. 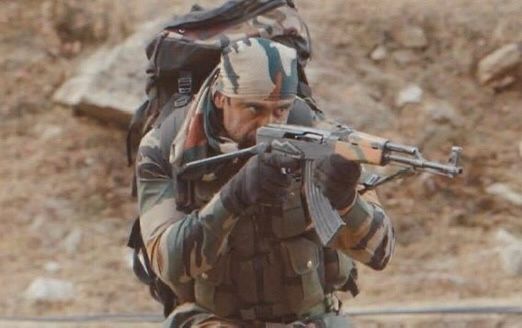 The show traced the journey of a former Indian Army Major who turns the impossible into possible with his never-give-up attitude. As it completes a year today, we can't help but revisit Amit Sadh's terrific portrayal in the series. The actor breathed life into one of the most inspiring stories of the year with his character Deependra Singh Sengar and garnered impressive critical reception.

Amit Sadh impeccably aced the character and jumped timelines in the show without missing a beat. Many hailed the star's knack for making viewers empathise with the different emotions through his performance.

While speaking about the same, Amit Sadh said, "Jeet Ki Zid is very close to my heart for various reasons. It allowed me to push boundaries as an actor and made me explore a lot about myself. The character demanded a certain disciple, and going through the rigorous training didn't only help me in slipping into my role, but it also taught me a lot."

Amit Sadh underwent a rigorous and intense training regime for the show. The physical transformation of the star also left many in awe of his passion for the craft.

Meanwhile, Amit Sadh is gearing up for the release of Breathe: Into The Shadows next season. The brilliant actor will reprise his much-loved character of Kabir Sawant in the crime-thriller drama