byDiptesh Thakore -January 14, 2022
0
Earlier today, Akshay Kumar took to his social media to refute rumours of him attending an award show organised by Elite Productions in Lucknow as a chief guest. Responding to a fan tweet noticed by the actor, that said “Akshay would be arriving in Lucknow for an event”, Akshay wrote, “As much as I would love to visit Lucknow soon, this news is absolutely untrue.” 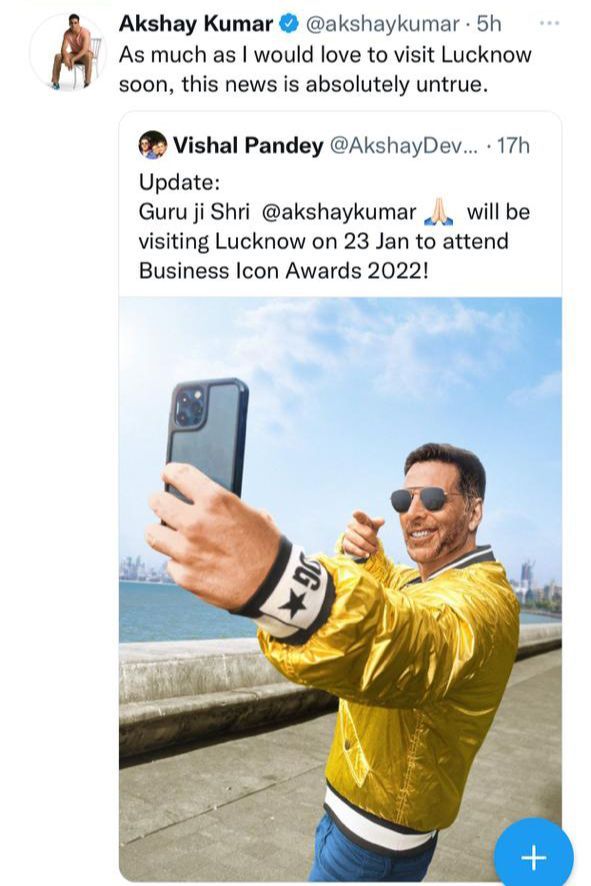 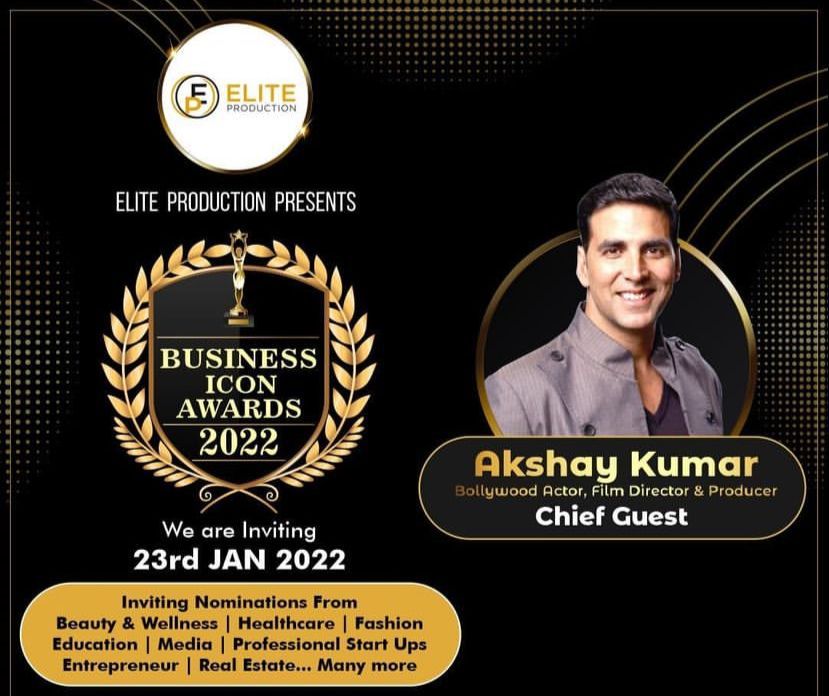