Urvashi Rautela, Bollywood's youngest celebrity and beauty queen, is in Israel judging the Miss Universe 2021 Pageant and is determined to make India proud. For us Indians, seeing our national pride flying our tricolor in other nations with all of its efforts, hard work, and adherence to her career is always a source of pride. To represent her country, the actress will compete against aspirants from all around the world. 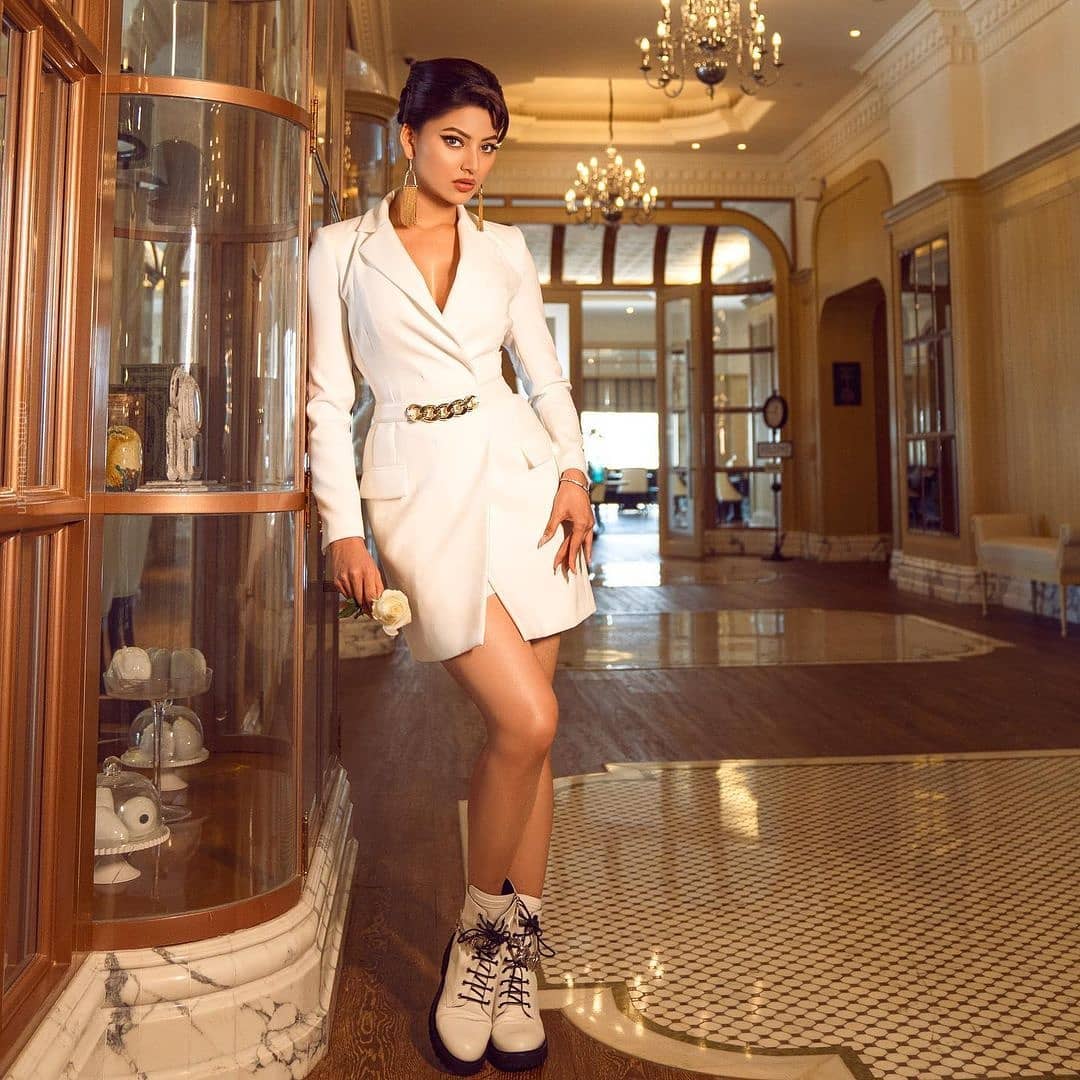 Urvashi Rautral is spreading her wings all over the world and the actress was invited by the former PM Benjamin Netanyahu along with her family for a meet and greet. The actress as always looked very proud and joyous as we can see her representing a proud Indian in front of the PM. The actress even made the former PM speak a few Hindi words which were 'Sab Shaandar Sab Badhiya' and the reaction of this diva to his words was really priceless to see. The actress dropped the video on her social media handle. The pride of our nation Urvashi Rautela has left a mark for herself that the former PM also uploaded the video on his official social media handle. Dropping this video Urvashi wrote, "PRIME MINISTER OF ISRAEL 🇮🇱 FORMER @b.netanyahu probably world’s best PM ever 🙌🏻🙌🏻 🇮🇳

Sab shandaar? ALSO HAVE INVITED HIM FOR MISS UNIVERSE"

It's really a huge appreciation for we Indians when we see a girl full of dedication, passion rising the name of her country and herself in all the parts of the world. Indeed she is a kind-hearted person and we can definitely say that she is 'Desh Ki Shaan'

Talking about the work front, Urvashi Rautela will be seen essaying the character of Poonam Mishra, the real-life wife of Inspector Avinash Mishra, portrayed by actor Randeep Hooda in the web film Inspector Avinash. Urvashi Rautela will also appear in a few more south Indian films, including the Telugu feature Black Rose, in which she will play the lead, and a 200 crore Tamil blockbuster starring Saravana. The next schedule for the film is set to start soon. Apart from that Urvashi Rautela just shared the official poster for her forthcoming film Dil Hai Gray, which is a Hindi version of the hit Tamil film Thiruttu Payale 2.