All eyes are on superstar Shahid Kapoor starrer Jersey! The trailer and the posters of the movie have caught the attention of the internet, only increasing the anticipation for the film. Seeing Shahid Kapoor return to the cinemas after Kabir Singh’s smashing success at the box office has fans across the country excited – and it shows! 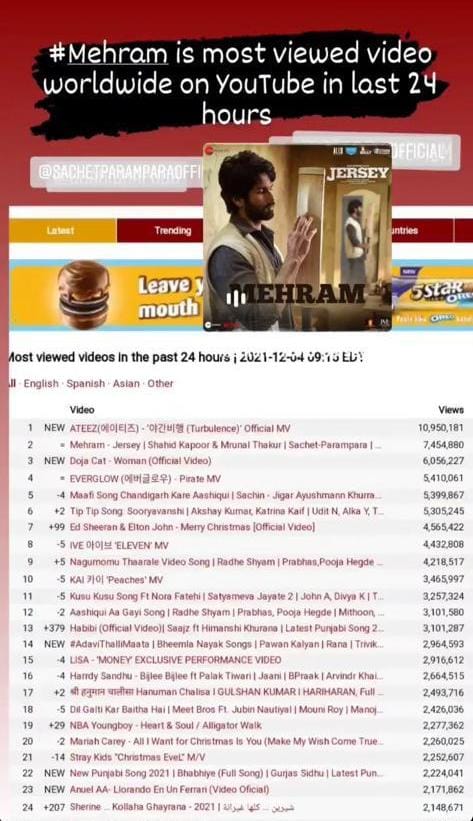 To the delight of Shahid fans, the makers of the film have launched the Jersey anthem, Mehram! Within two days of the launch, the song has broken the internet by hitting 20 million in 2 days and becoming the second watched video on YouTube in 2 Days Globally .Touted as the anthem of the year, Mehram is sure to make your bad day brighter. In fact, the anthem has Bollywood tapping feet to its beats too! Taking to their social media handles, Ishan Khatter made it his go-to workout song while Kartik Aryan has been listening to the song on his drive post pack-up!