Ever since pop singer Dhvani Bhanushali and actor Aditya Seal started teasing their fans on social media with a few glimpses of their single, Mera Yaar, the audience have been waiting for the song reveal. 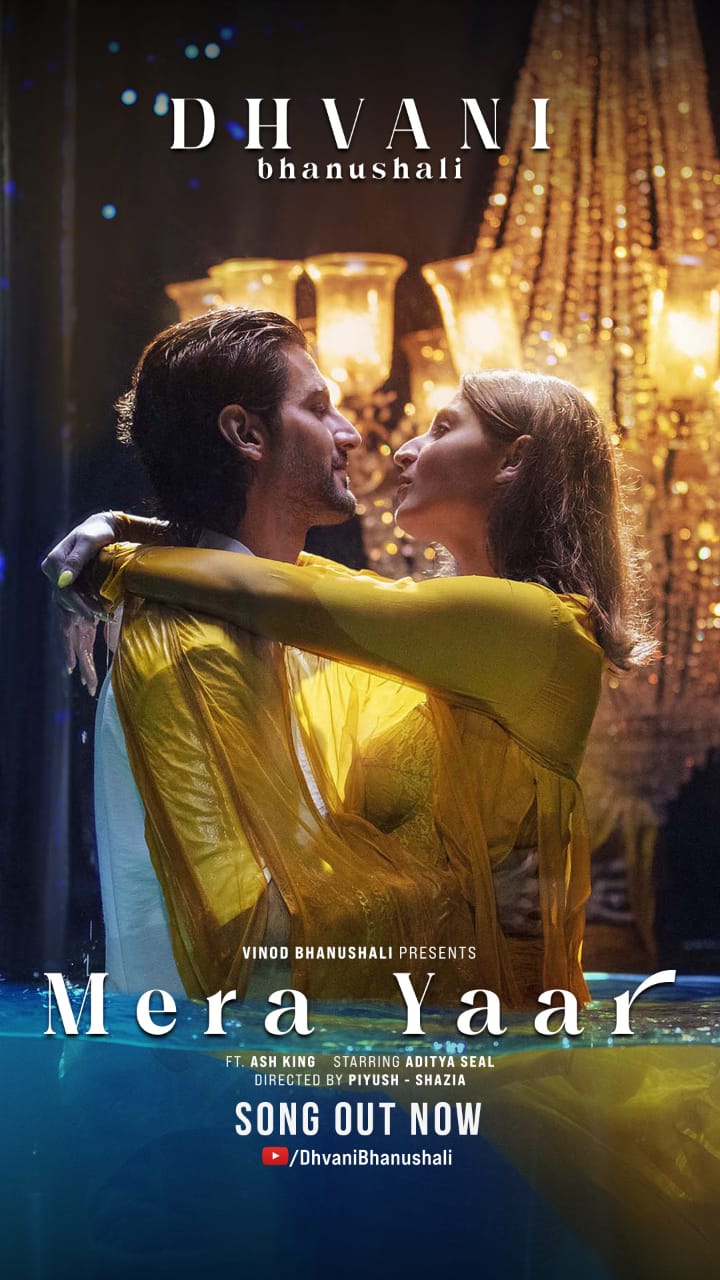 Their wait comes to an end as Mera Yaar is OUT NOW. The song that marks DHVANI's DEBUT AS COMPOSER & lyricist, also the first onscreen appearance of Dhvani and Aditya, not only has a catchy, foot tapping tune, but also has sheer magnanimous visualization. From an underwater sequence that sees the duo floating in love to a breathtakingly beautiful albeit daring fire sequence and dance moves to beat, Aditya and Dhvani have truly pushed the envelope far with Mera Yaar!

Speaking about debuting as a composer and lyricist with Mera Yaar, singer Dhvani says, “Mera Yaar is a song that will remain the closest to my heart. Not only have I donned four different looks in this fabulous video, but this is the first time I am releasing my own composition. It was a while ago I started working on the song but it was my father who encouraged me to go ahead and complete the song and I am super excited to finally release it. I want to thank Abhijit for always being by my side and Shloke for working on the beautiful lyrics with me.”

About the video, Dhvani adds, “Piyush and Shazia both are young and super talented duo and what a concept they have given for the song. They have done an amazing job in translating my thoughts in video. The whole shooting experience from underwater to fire sequences, and with Aditya and I coming together for the first time, there are so many firsts' with Mera Yaar making this even more special for all of us.”

Talking about his experience on Mera Yaar, Aditya Seal says, “Mera Yaar is one super cool track. We shot this over a span of two days, in which we managed an underwater and a fire sequence, in addition to some unique dance shots as well. I think Dhvani is one of the most talented young singers that we have, and with this song, she pushes the envelope further as she debuts as the composer as well. I am excited to see how the audiences react to the video as we had a total blast filming for the same."

Director duo Piyush-Shazia say, "It was a delight to work with Dhvani and Aditya We wanted to try something different with Dhvani in a way that people have not seen her before. The entire crew was young, excited members that made the entire shooting experience fun and easy. We all have worked really hard on the song; we hope everyone like what we have made.”

The song is OUT NOW and is all set to become the anthem of the year!