Best Singers who Ruled Our Heart in 2021

The singers were mostly Hindi-centric, but now it’s multilingual, as our focus is diversified to different genres of talent. Our Indian Music Industry has largely expanded including regional zones like Punjabi, Haryanvi, Bhojpuri music, etc. And surprisingly, these regional categories have left a noticeable mark on Indian minds. Suresh Bhanushali and Photofit Music highlights regional culture and makes it stronger. 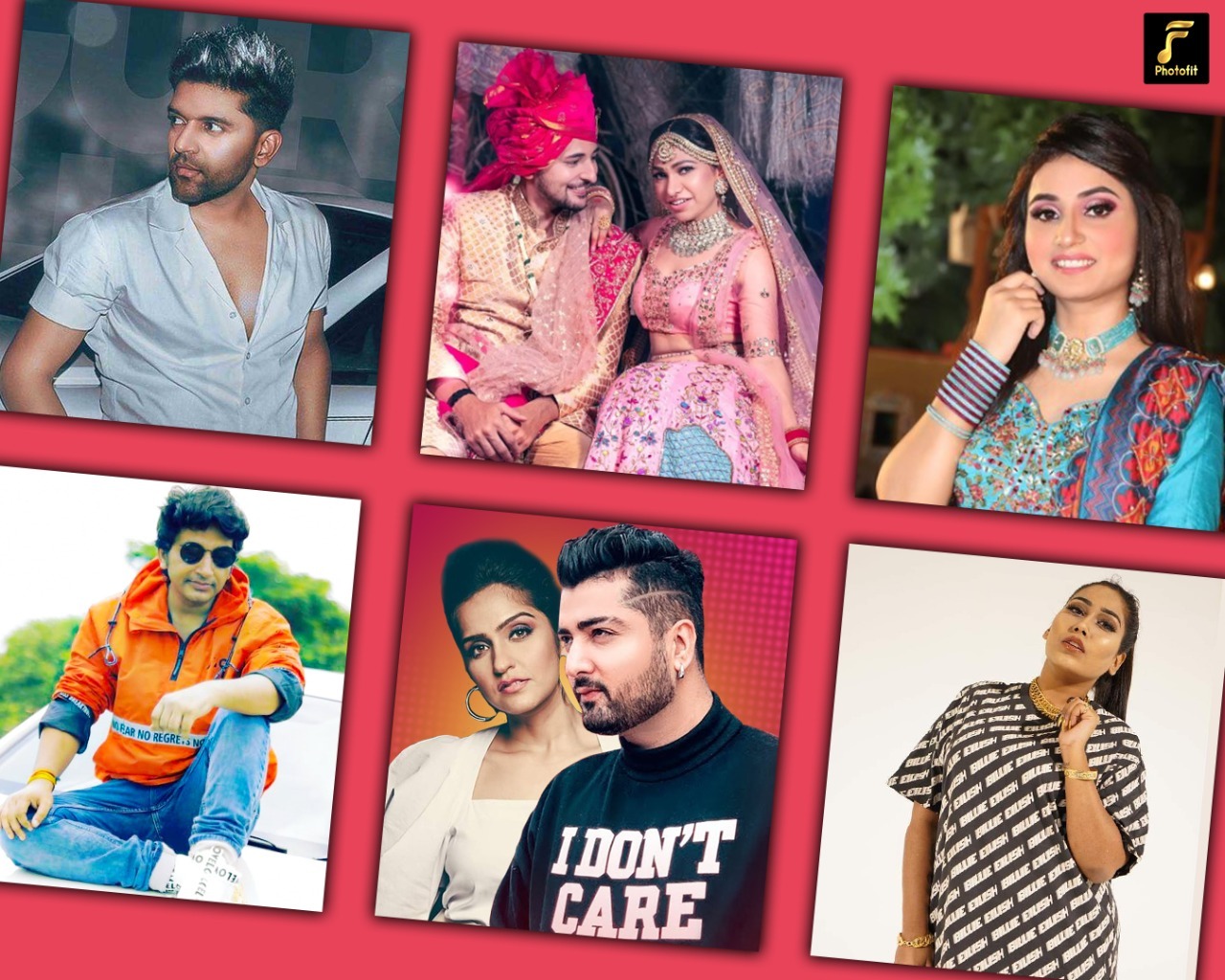 With the growing Music and Film Industry, it’s rather tough to get a general overview. But some musicians have successfully captured the spotlight this year. Photofit Music is attempting to list a few rising stars of this year, says Rajiv John Sauson, Director, Photofit Music.

Guru Randhawa is the most eligible bachelor and is known for his record-breaking songs like Nach Meri Rani, High Rated Gabru, and the latest hit “Dance Meri Rani”. Guru Randhawa is an Indian Rapper, Singer, Music Composer with Bollywood and Punjabi Music Industry. Guru Randhawa entered the Music Industry in 2012 and in 2017 he made his Bollywood debut with Suit Suit, since then he has never looked back. With his countless smashing hits, Guru is one of the top singers of 2021.

Renuka Panwar is a Popular Haryanvi Singer from Haryanvi Music Industry. Renuka Panwar started her singing career in 2019. She came out with well-liked Haryanvi songs like Hello Kaun, Beauty Parlour, Koi Or Mil Gaya, and one of the most popular of this year, Balam. “Balam” was a project by Suresh Bhanushali and Photofit Music. Renuka with her melodious vocals smashed the charts, said Mr. Rajiv who is the head of the project. She was the first Haryanvi singer to cross 1 Billion views.

With her growing popularity, Renuka has bagged several projects with Photofit Music. It feels proud to have stunning and wonderful Renuka Panwar in Photofit Family, expressed Amit K Shiva, Director of Photofit Music.

It’s the start of Shaadi season, Singers Darshan Rawal and Tulsi Kumar with their song “Tera Naam” have added another pin to Shaadi Celebration. T-Series gave another magical song of this year. This song forges a powerful connection with all wedding couples. Dazzling Darshan is loved for his music and his looks. The gorgeous Tulsi Kumar has always taken her music to another level and makes her one of the most popular female singers of 2021.

Next on the chart is Afsana Khan for her popular song “Koka”. Afsana Khan is an outstanding Punjabi and Haryanvi Singer ruling the Regional Music Industry for decades. Her song Koka was presented by Suresh Bhanushali and Photofit Music, with Rajiv John Sauson as project Head.

Afsana was a reality show contestant of “Voice of Punjab season 3” and  “Rising Star”. Her mesmerising voice gathered her popularity and a huge fan base.

Rolling down the chart is Jaani and Asees Kaur with their romantic song “Apsara”. Apsara is presented by Desi Melodies, it is a beautifully poetic song that portrays a magical story of two strangers, who fell in love without even understanding a single word of each other. Asees Kaur delivers immaculate vocals that perfectly complement Jaani’s heart-wrenching poetry.

Jaani started his career with religious songs however he gained fame after his song Soch, with Hardy Sandhu. Furthermore, Asees Kaur was a participant in Indian Idol and Awaz Punjab Di. Asees hails from Haryana and her love for Punjabi Songs can be seen in her style of singing.

Vardan Singh is another rising star in the Music Industry. His song “Chand '' featuring Sambhavana Seth and Avinash Dwivedi, presented by Suresh Bhanushali, and Photofit Music, the project headed by Rajiv John Sauson was released on the beautiful occasion of Karwa Chauth. This song portrays the beautiful bond between a couple with a strong message. Vardan with his soulful voice and Amit K Shiva on Direction has made it successful by all means. Photofit yet again successfully inserts the emotion of true love in everyone’s mind.