Aanand L Rai’s movies have always been known to give us some record-breaking music. And now the maverick storyteller has done it again with Atrangi Re! Whether it is Chaka Chak or Raith Zara Si, the music of the film has caught the attention of fans and critics alike. Now, amidst all the excitement surrounding the songs, the makers of the film are set to launch yet another mind-blowing track from the film. The new song, Garda, is a powerful track full of energy and zing. Out in Hindi and Tamil, the movie will be available to stream exclusively on Disney+ Hotstar starting 24th December. 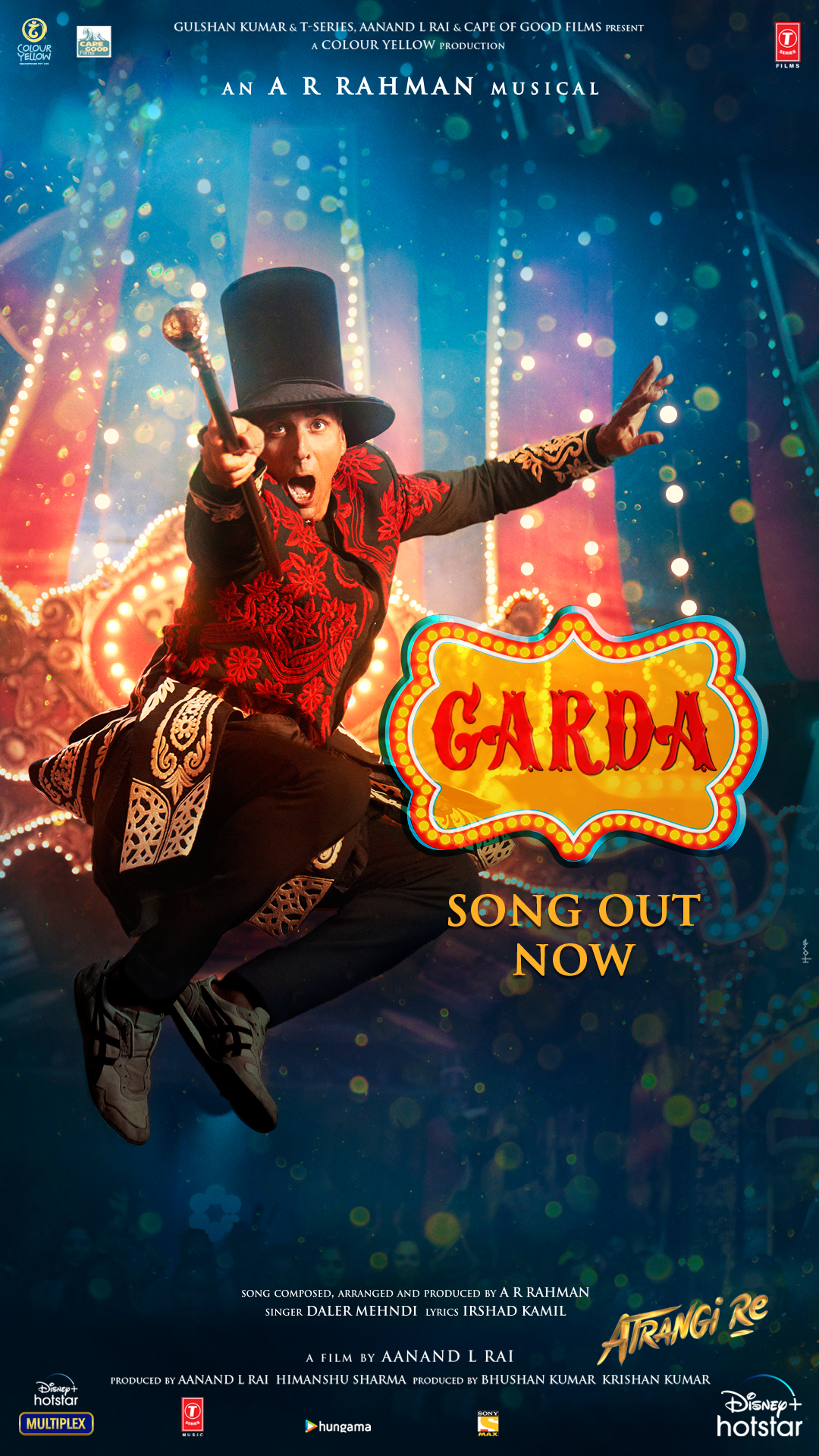 Composed by the living legend A. R. Rahman, the soulful lyrics of Garda have been penned by Irshad Kamil and sung by the great Daler Mehndi. Touted as an album that has the greats of the music industry coming together, the song is yet another creative culmination of the best in the industry. The new song, featuring the megastar Akshay Kumar, has had fans waiting with bated breath for its release.

Commenting on the song, atrangi producer Bhushan Kumar said, “Garda is a power-packed song that has only been made better by the compelling voice of Daler Mehndi! We are grateful for all the love you have showered us with so far when it comes to the music of the film and hope you enjoy Garda just as much!”

Speaking about the song, atrangi filmmaker Aanand L Rai said, “Garda celebrates Akshay sir’s character with great pomp and show. It is a powerful one from A. R. Rahman’s bouquet of the music album for Atrangi Re. I believe it will have all ages swaying to its beats. Garda is a great song to take you into a new year."