byDiptesh Thakore -December 16, 2021
0
Minakshi Jaiswal's latest song 'Mukammal' getting so much of love from the music lover. The song is instant hit on internet and in just few days of release the song crossed 7Million+ views. This song will very soon cross 10Million+ Views. Through this song 'Mukammal' a person is expressing his love to his soulmate, by saying he now feels complete now that she is by his side. 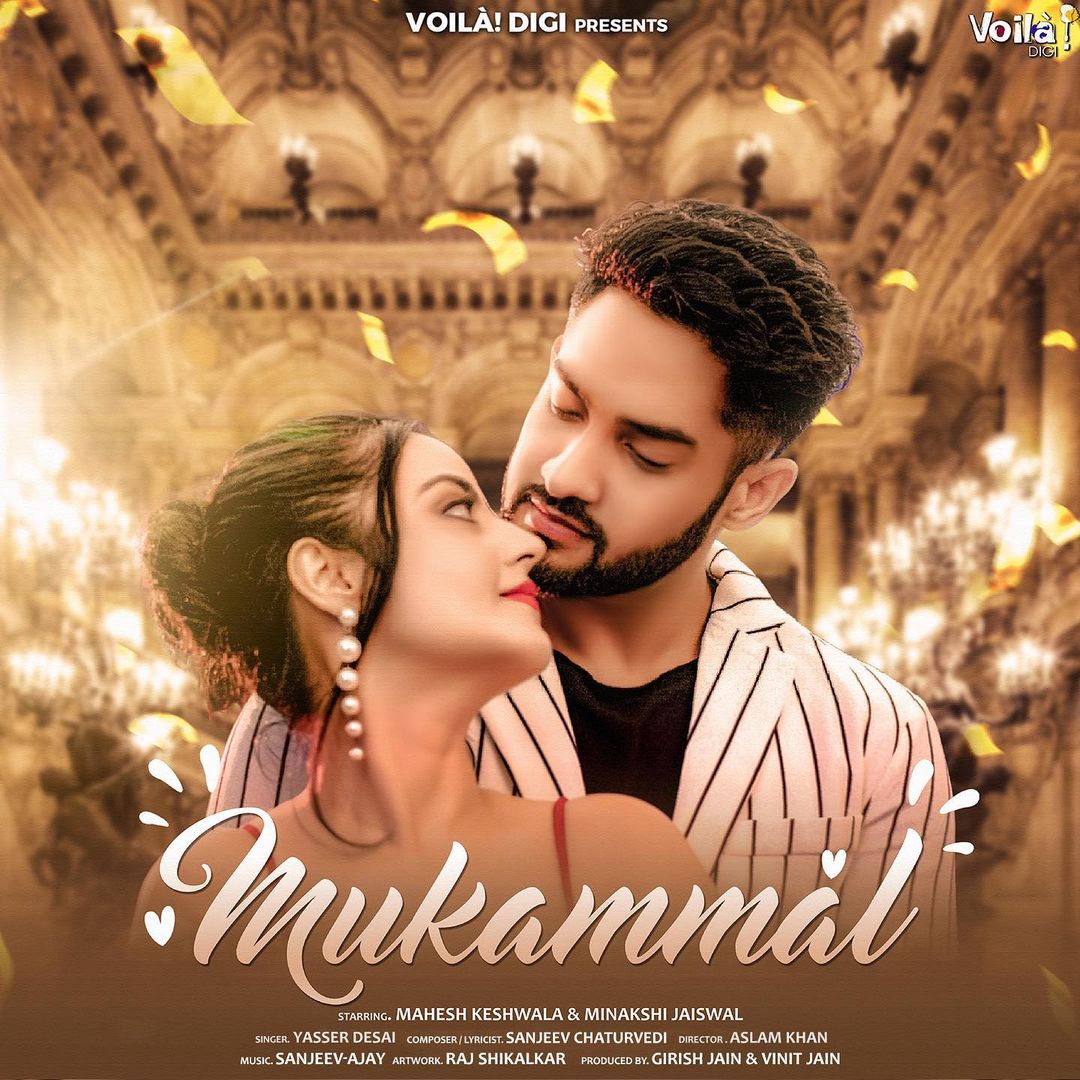 'Mukammal' is sung by one of the most popular singer Yasser Desai. This song is featuring Minakshi Jaiswal along with Mahesh Keshwala and Lopamudra Saha. Sanjeev-Ajay has given wonderful music in this song. This song is written and composed by Sanjeev Chaturvedi. The director of this music video is Aslam Khan.
Minakshi Jaiswal looks so gorgeous in this song 'Mukammal'. Minakshi Jaiswal is a perfect fit for this song and her acting, eyes, smile creates a special feeling in the mind of viewers that makes them to watch this song again and again. The meaning of word 'Mukammal' is complete and yes Minkashi Jaiswal makes this song a complete package for music video lovers. With her presence in the song everyone can relate themselves with this song, and imagine about their soulmate.
Minakshi Jaiswal is an Indian film actress, who has appeared in Malayalam, Telugu, and Hindi language films. Minakshi is known for films like Salmon 3D (2020), Dhadi (2021), Dil Mei Utar Kar Dekho Na (2021). She has won the title of Miss Eastern UP in 2010 and Danik Jagran Fashion Show in 2013.
The song 'Mukammal' is produced by Produced by Girish Jain & Vinit Jain and released on Voila! Digi YouTube Channel. Enjoy the beauty of Minakshi Jaiswal in this soulful song below:
Tags: Bollywood Video Songs