BTS win Artist of the Year at 2021 American Music Awards

21st century pop icons BTS were named Artist of the Year at 2021 American Music Awards, four years after the band delivered its first live performance on TV in the U.S. on the very same stage.

At the awards show held at Microsoft Theater, Los Angeles on November 21, the septet was also crowned Favorite Pop Song for “Butter” and Favorite Pop Duo or Group, taking home all three awards they were nominated for. 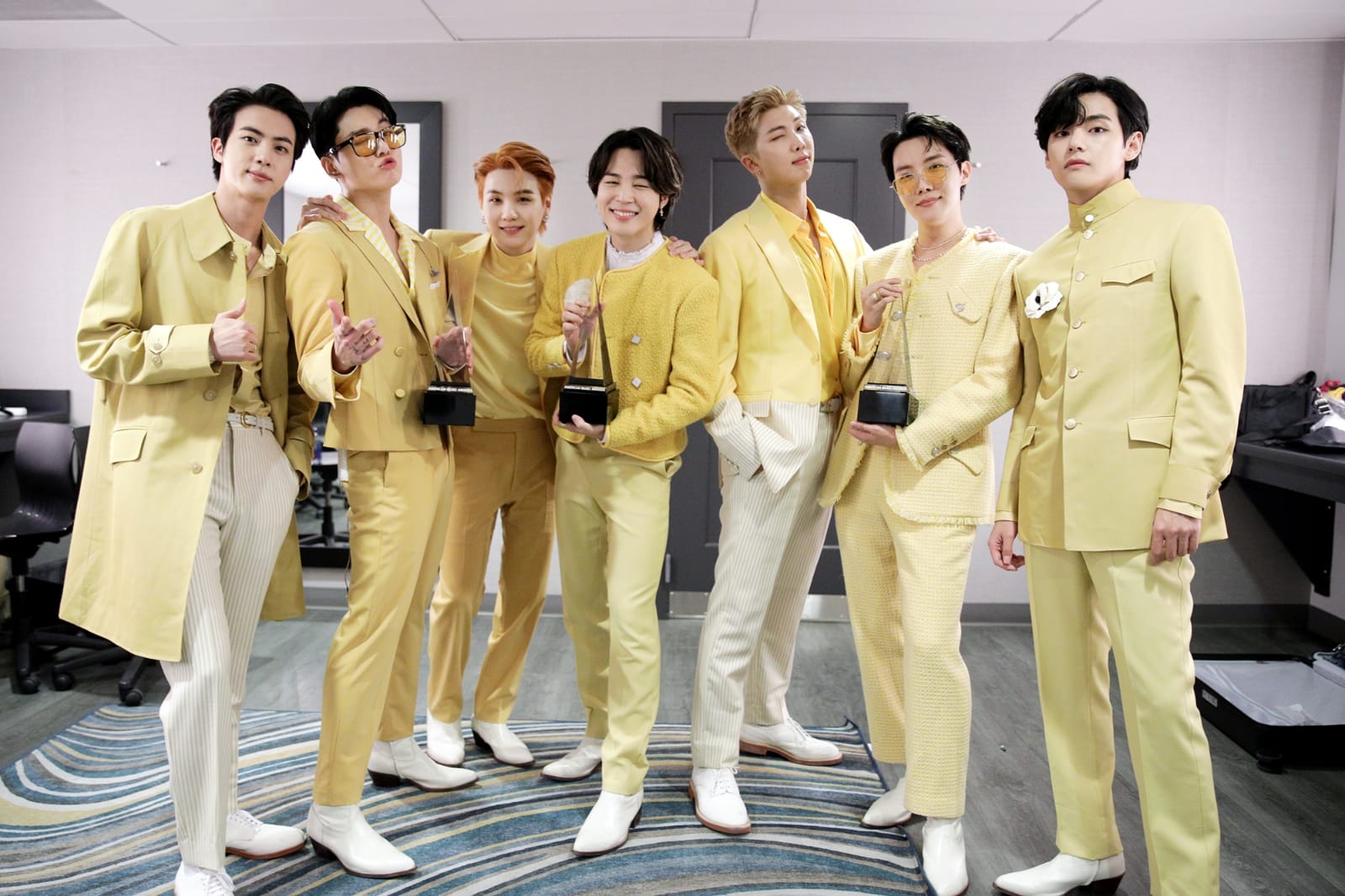 Upon accepting Artist of the Year, BTS said, “It’s been an amazing ride, but nobody could have ever bet on the odds of us standing here and receiving this award. Seven boys from Korea, united by our love for music, met love and support from all around the world. We will never take this for granted.” They added, “We believe that this is the beginning of our new chapter.” 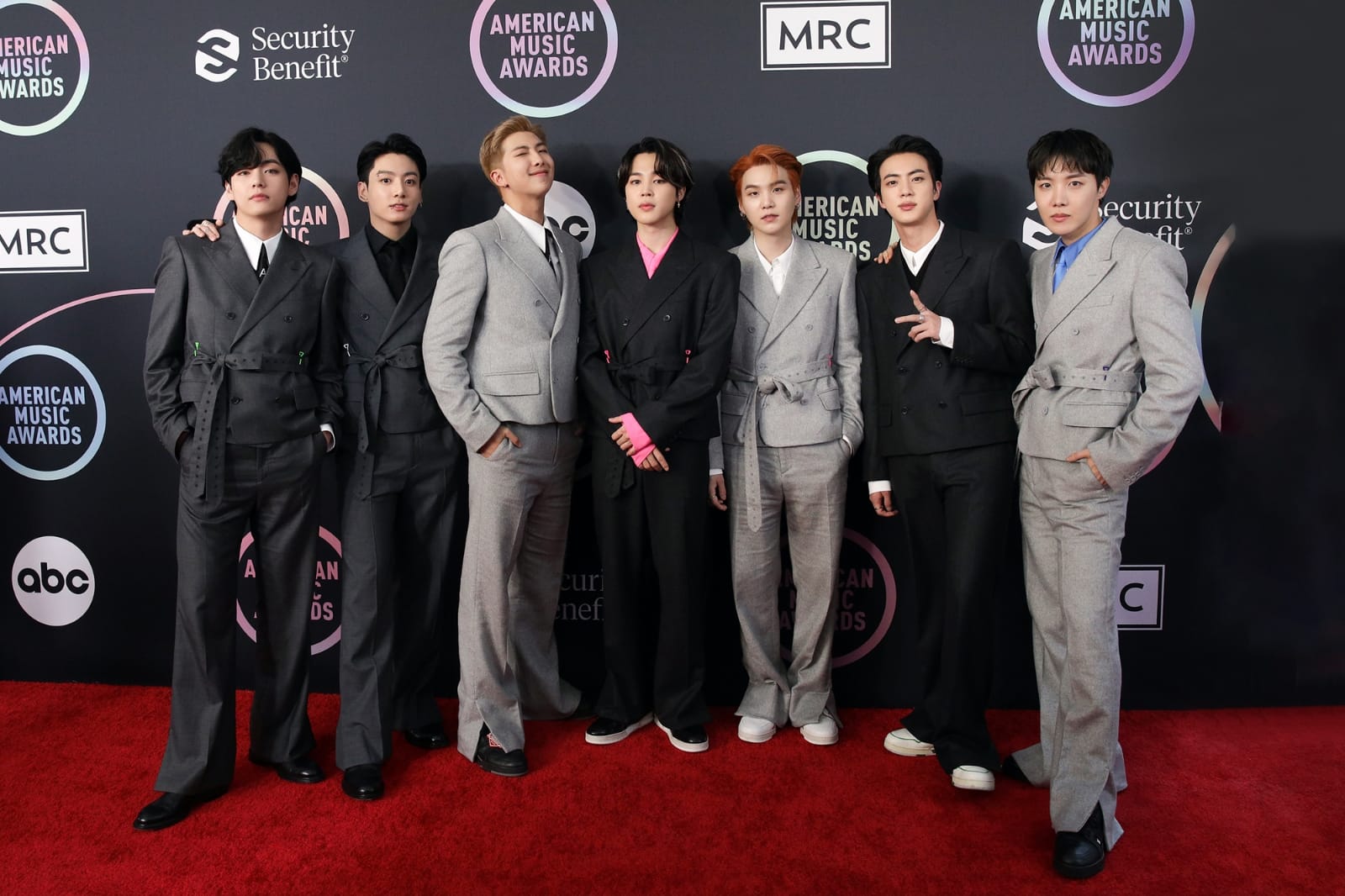 BTS have won awards at American Music Awards for four consecutive years since their first prize in 2018, including Favorite Social Artist and Tour of the Year. This year’s accomplishments mark the first time the band has received Favorite Pop Song and Artist of the Year, the top prize of the awards show. 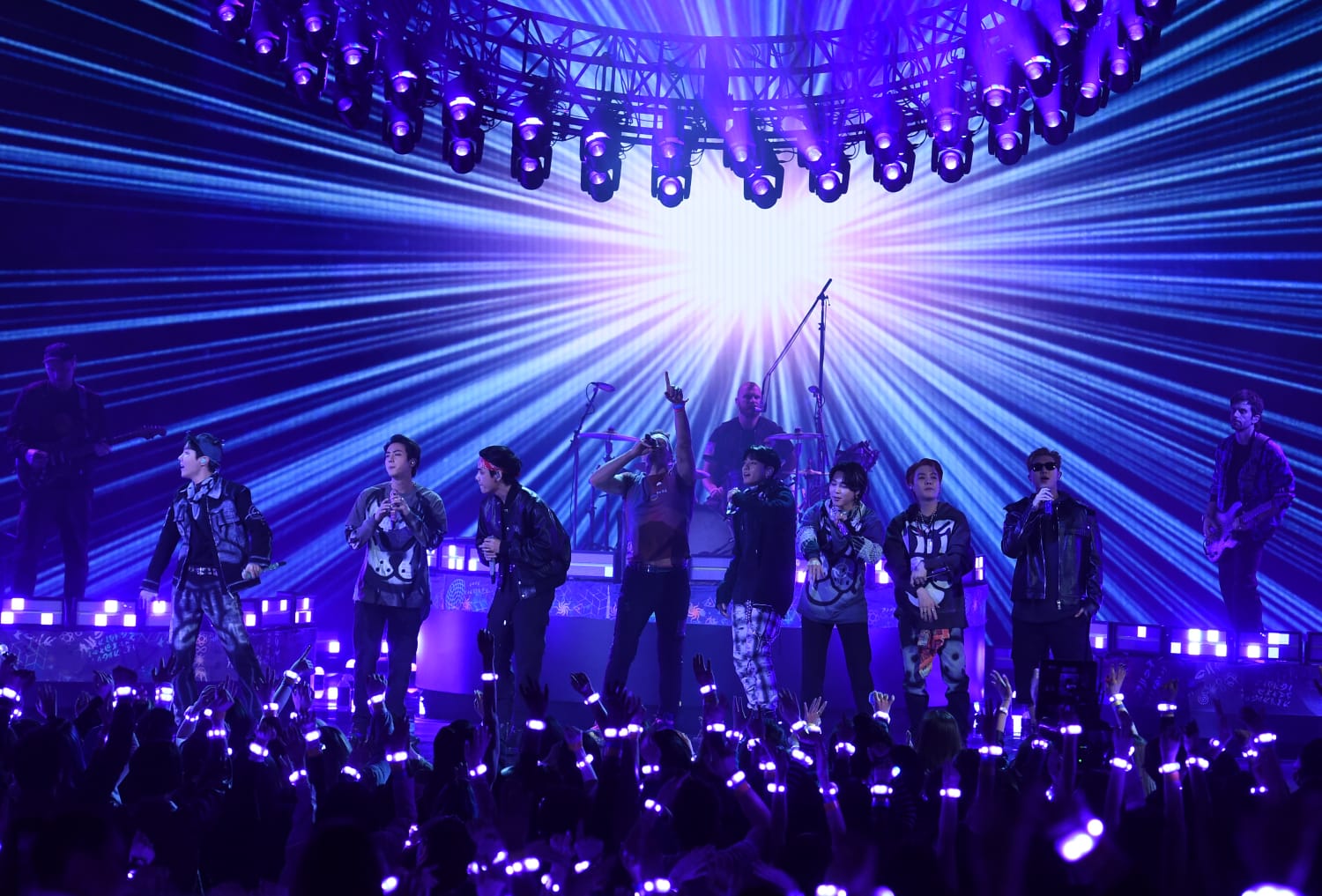 This year, the band also dazzled the audience with a first-ever live performance of their latest single “My Universe” with Coldplay, alongside a powerful performance of “Butter” for the show’s finale.

BTS is soon set to return to the concert stage after a record breaking night. ‘BTS PERMISSION TO DANCE ON STAGE - LA,’ their first offline concert since 2019, will take place at LA’s SoFi Stadium on November 27, November 28, December 1, and December 2.

BTS, an acronym of Bangtan Sonyeondan or “Beyond the Scene,” is a GRAMMY-nominated South Korean group that has been capturing the hearts of millions of fans globally since its debut in June 2013. The members of BTS are RM, Jin, SUGA, j-hope, Jimin, V, and Jung Kook. Gaining recognition for their authentic and self-produced music, top-notch performances, and the way they interact with their fans, BTS has established themselves as 21st century pop icons breaking countless world records. While imparting a positive influence through activities such as the LOVE MYSELF campaign and the UN ‘Speak Yourself’ speech, the band has mobilized millions of fans across the world (named ARMY), collected six No.1 Billboard Hot 100 singles in a span of a year and just over a month, performed multiple sold-out stadium shows across the world. They were also named TIME’s Entertainer of the Year 2020. BTS was nominated for Best Pop Duo/Group Performance at the 63rd GRAMMY Awards and has been recognized with numerous prestigious awards like the Billboard Music Awards, American Music Awards and MTV Video Music Awards.